Limerick Youth Service(LYS) in partnership with the HSE’s Midwest Community Healthcare, has launched Our Story, a hard hitting and evocative short film that addresses the prejudice faced by young people from the Travelling Community, its effects on their mental health and how they are trying to overcome it.

Written by and featuring teenagers and young adults with the Travelling Community, the short film highlights the challenges young Travellers face in terms of mental health support-from outside and indeed, within their community.

Throughout the piece the young adults speak openly about their own mental health and the discrimination they have faced in the education system and in society in general.

Travellers’ unique cultural identity should be celebrated, promoted and respected, not something that should be hidden, in fear of discrimination (Crystal Ward)

As part of the project, almost 100 young members of the Travelling Community took part in consultations across Limerick, Clare and North Tipperary, sharing their experiences of their mental health, from speaking among their peer group and family to assessing support and barriers they face.

From those consultation, seven young people took part in the CHIME mental health recovery programme and from it decided to create Our Story a short film to capture their experiences.

The short film will form part of a Traveller Youth Mental Health Resource Pack while it has been released via www.limerickyouthservice.com and across LYS’ respective social media channels.  Five smaller versions of the short film focusing the CHIME themes, have also been released.

‘We are delighted to see you all here today. This short film is part of a Traveller Mental Health Resource that will be of use to young people in schools, as well as youth and community organisations.

‘The film is very moving and we would like to thank the young people for been so honest and open in speaking about their mental health and the discrimination they have faced. 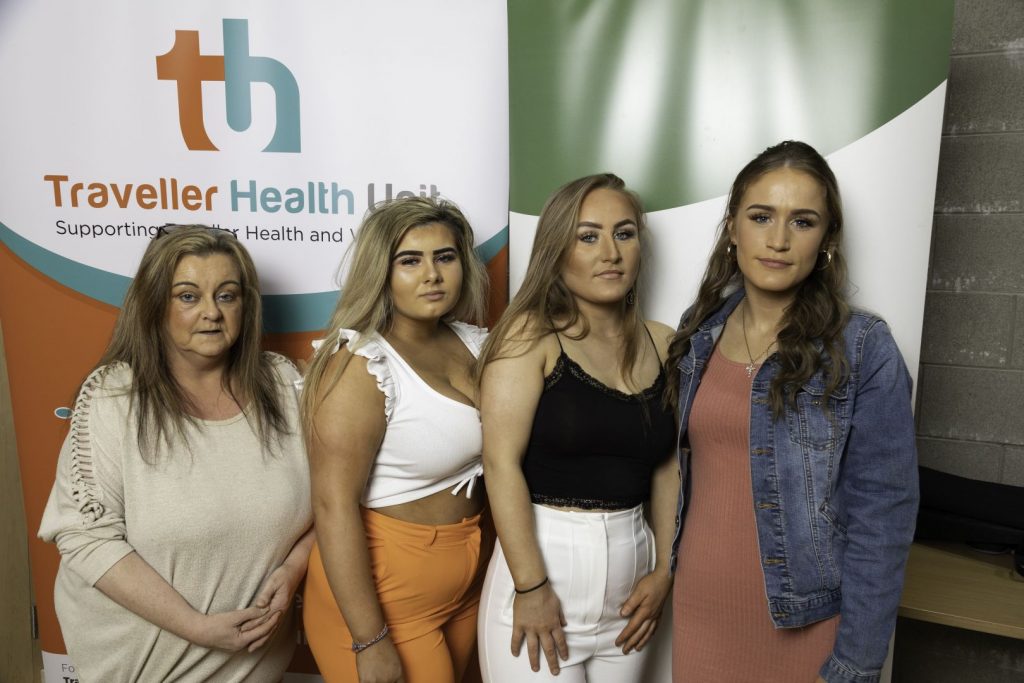 ‘After a long journey, it’s hard to believe the day has finally arrived and we are launching this much needed resource for young members of the Travelling Community. Today is a day that will set a foundation for a brighter and more positive future for those of us who struggle with their mental health.

We hope this short film and what we speak about, will provide hope and encouragement for those who are struggling with their mental health.

Travellers’ unique cultural identity should be celebrated, promoted and respected, not something that should be hidden, in fear of discrimination.

Who we are and what our heritage means to us, makes us proud of being Travellers, but that shouldn’t stop us or anyone like us from reaching out for help- which is what this film is about.

With mental health sometimes our heritage makes people feel like they can characterise us, without knowing us.

We are more than a label makes us out to be.  We are all human and we deserve a chance at life without being pre-judged.’

‘What prompted Limerick Youth Service’s involvement in this project was the strong focus on youth voice and supporting young travellers to raise the issues that matter to them and for us to show that we are willing to listen to those issues.

It is also about young Travellers being visible and vocal in the area of mental health and being a resource to their peers, friends, families and their community.

While this project started in 2019, it was heavily interrupted by Covid 19 and the young people involved showed huge commitment and resilience over a difficult period.

Above: The making of Our Story

Daniel Butler, Mayor of the City and County of Limerick:

‘You (young Travellers) should be extremely proud of this film and for speaking so openly and honestly about your experiences.  On behalf of the people of Limerick, I would like to congratulate you on producing this much needed resource for young people.

‘The Travelling Community has a rich history, culture and tradition and we are very proud that of their contribution to the history of Limerick.’ 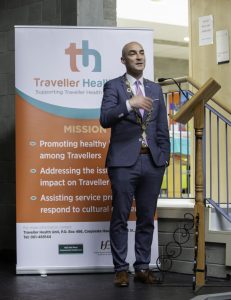 The Mayor of Limerick, Cllr. Daniel Butler addressing this launch

‘This project is a good example of the value of collaboration and partnership to develop not only the resource of the videos, but a better understanding of both the challenges facing young Travellers in our community, and their strength and resilience.

The videos explore the young people’s insights and experience of mental health through the framework of CHIME – Connectedness, Hope, Identity, Meaning and Purpose, and Empowerment.

The videos are evidence of, not only of the challenges they face, but also their insight into the richness of their culture and history and how they can draw on that and their sense of identity and connectedness as they take their place in the adult world.’

A member of Youth Work Ireland and the Irish Association of Community Training Centres, Limerick Youth Service remains committed to connecting with young people and supporting them to reach their full potential.