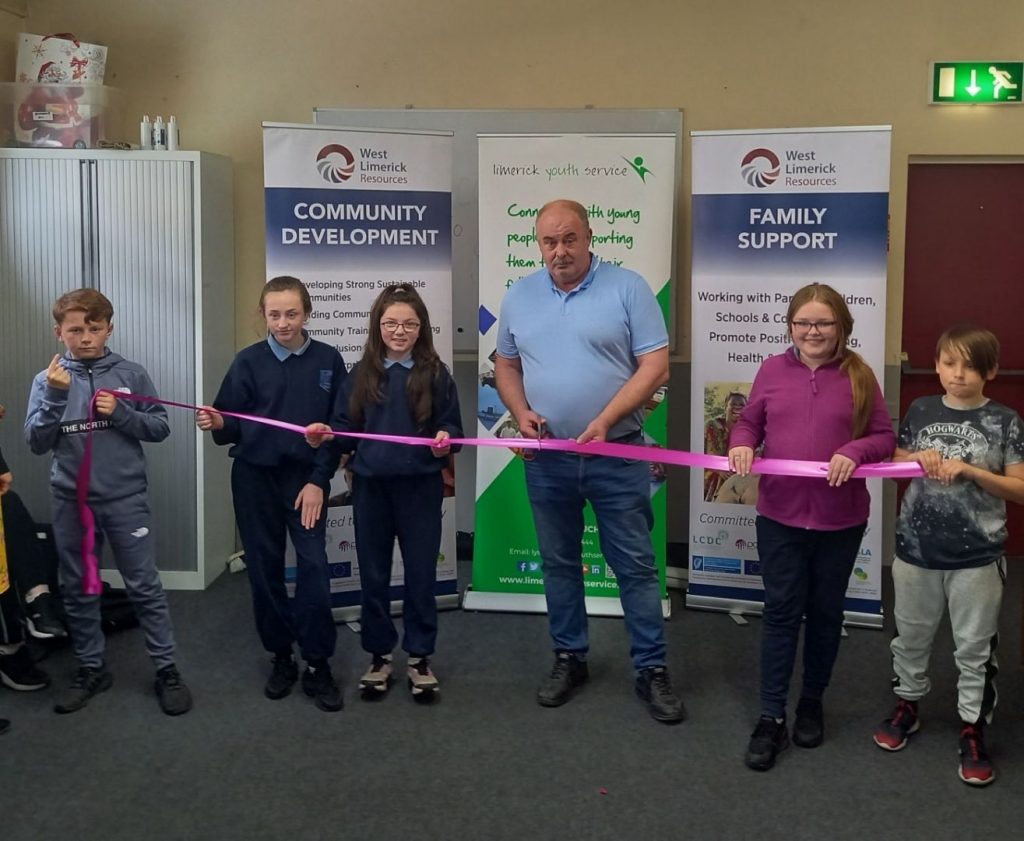 The launch, which was attended by young people, members of the community and support organisations, marked a year since the youth space was conceived by members of LYS’ Askeaton Youth Group.

‘It’s hard to believe a year has flown by since we first met on Zoom and spoke about developing a  youth space in Askeaton,’ said Lisa Quirke, LYS.

‘What makes The Solar (youth space) work is that led by young people, from its inception to design, layout and use,’ said Lisa, LYS’ Rathkeale-Askeaton Youth Project.

‘The young people with Askeaton Youth Group were key to the process and have certainly made The Solar their own some unique artwork, including a wellbeing tree,’ said Lisa. 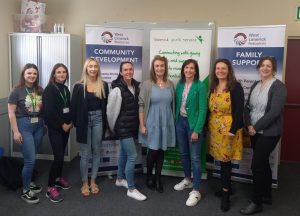 Staff from Limerick Youth Service, Foróige and West Limerick Resources at the launch

When asked about origins of youth space’s unique name, Lisa explained that it was the first group of young people with Askeaton Youth Group who christened it.

‘In medieval times, the solar was a private room located on the floor above the Great Hall in an manor house where the aristocracy met to relax and escape from the hustle and bustle of the household,’ said Lisa.

‘The Solar Youth Space is a place where the young people can meet and spend time away from the hustle and bustle of contemporary times!’ said Lisa.

Reflecting on busy first year, Lisa thanked the young people, staff, partner organisations and the wider community for their support in developing The Solar Youth Space.

One of nine LYS youth spaces, The Solar Youth Space is located at Askeaton Community Centre and is home to Askeaton Youth Group.

A member of Youth Work Ireland and the Irish Association of Community Training Centres, LYS remains committed to connecting with young people and supporting them to reach their full potential.