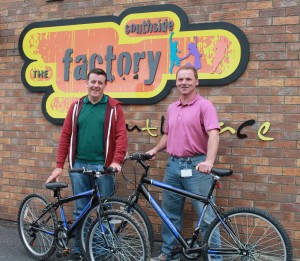 Young people who took part in an innovative bike programme with Limerick Youth Service (LYS) will be honoured at a graduation ceremony at The Factory Southside Youth Space, Galvone, Limerick on Wednesday, February 21st (6-8pm).

The teenagers, who hail from across Limerick, were participants in ‘On Yer Bike’ an exciting and very popular twelve week programme run by LYS’s Bike Project at the Southside Youth Space.

As part of the Irish Youth Foundation supported programme, the young people learned about bike maintenance and assembly with many building old bikes from scratch!

The teenagers also learned about diet, nutrition and took part in gruelling mountain bike challenges as they traversed some of Ireland’s most majestic cycling greenways including the Ballyhoura Bike Trail and the Great Southern Trail. 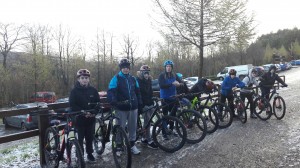 Brave souls ahead of their trek through the Ballyhoura Bike Trail

‘They have shown commitment, dedication and passion for this programme,’ said Des Galligan, LYS’s Bike Project who congratulated the young people on completing the course.

‘Not only did they make new friends but they learned key skills and got a solid introduction into the bike industry,’ added Des, youth worker with the Bike Project.

Des is looking forward to the graduation ceremony where the teenagers will receive their certificates and will be presented with bikes of their own.

LYS’s Bike Project is supported by the Irish Youth Foundation  and Cycling Ireland.

A member of Youth Work Ireland, Limerick Youth Service remains committed to supporting and encouraging young people to be active participants in shaping their futures.