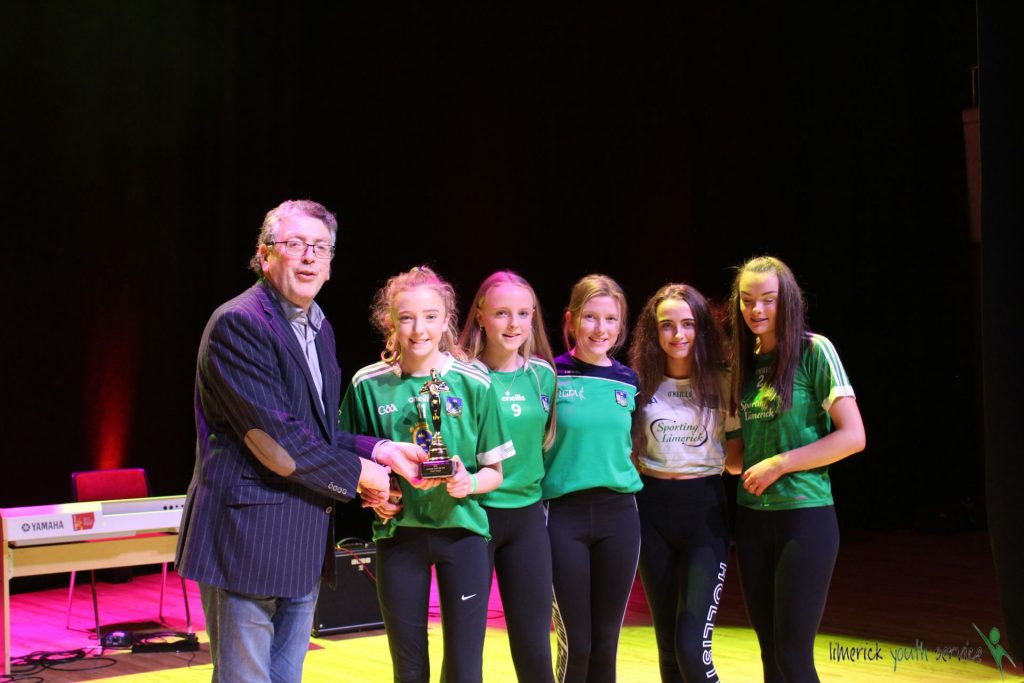 The Youth Factor, which continues to grow in popularity, was held at the University Concert Hall, Limerick and saw young people showcase their talent in categories that included dance, performance, song and music, in front of a very lively crowd!

After nearly three hours of entertainment the judging panel of Julieann Hennelly, Ciara Meade and Emily O’Shaughnessy were faced with the unenviable task of choosing the winners.

As the white smoke bellowed from their (the judges) deliberation chamber the young people and their families finally learned their fate!

And the Winners Are… 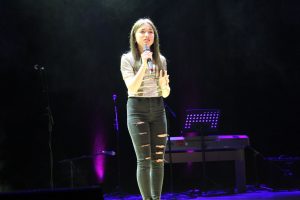 There was double singing success for Ballingarry Youth Club with Nessa Markham taking the crown in the Senior Song Category and the Junior Crown going to her compatriot Nicola O’Keefe.

There was further success for Ballingarry Youth Club in the group category with Ballingarry Trad Group winning the junior category with a delightful melody of traditional tunes that included the iconic Limerick You’re A Lady that had the whole audience singing.

In the Senior Category there was a success for the newly all girl band Vixen band as the talent quartet from LYS’ Southside & City Centre Youth Group impressed the judges with their song All I Want. 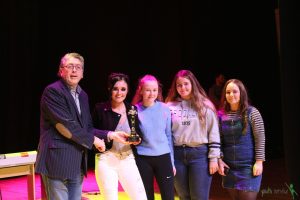 There was yet more joy for West Limerick in the performance competition with Conor O’Shaughnessy, Rathkeale Youth Space, taking the Senior Category to the banks of the River Deel.

Meanwhile in the Junior Category, Jack Costello’s self-penned rap about his experiences with St. Patrick’s Youth wowed the judges with the talented star taking the title for the city youth club.

In the highly competitive dance competition it was a great night for Diana Aron from LYS’ Diversity & Youth Group. Diana won the Senior Dance award with her amazing routine 100% Afrodance.

One of the loudest cheers of the evening was reserved for youth club Down Syndrome Limerick who kicked off the Youth Factor with the version of the Abba classic Mama Mia.  In what is their first year with LYS they won the Best New Youth Club Award.

The final award of the evening was presented to Orlaith O’Byrne, Castleconnell Youth Project who was honoured with the ‘Judges Award’ for her performance of Gabby Hanna’s Medicate.

Away from the stage the audience also got in on the act as youth clubs/groups waved their banners in support of their friends with St. John’s Youth Club winning the Best Banner Award.

Speaking to a packed auditorium, at the University Concert Hall, LYS’ Youth Work Manager, Maurice Walsh, paid tribute to the young people and all who made this year’s Youth Factor ‘the best in recent years.’

‘It was a very enjoyable evening and the talent on stage was simply incredible with a diverse mix of acts showcasing the best of the Limerick’s talented young people,’ said Maurice.

‘From the very first to a special performance by the Moyross group LOL, who sang their new song One Earth, it has been a great evening with a great atmosphere about the place,’ said Maurice.

Maurice thanked the volunteers, staff at UCH and the youth worker team at LYS for their support in making this year’s Youth Factor possible.

The Youth Factor is one of a number of LYS’ youth work programme that give young people the opportunity to get involved, showcase their talents and have fun.