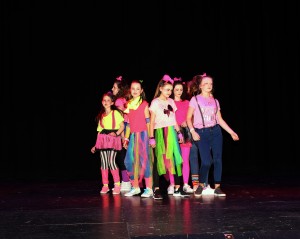 The event, which continues to grow in popularity, saw over twenty acts showcase their talent in categories that included dance, performance, song & music, in front of a very lively crowd!

After nearly three hours of entertainment from the talented teens, the judging panel of Siobhan Jackson, Tracey Lawlor and Emily O’Shaughnessy were faced with the unenviable task of choosing the winners.

And the winners are:

As the white smoke bellowed from their (the judges) deliberation chamber the young people and their families finally learned their fate! 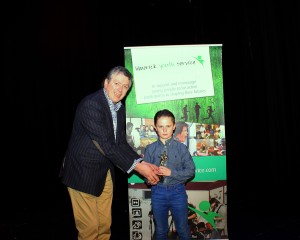 In the music category, Granagh Youth Club took first prize in the junior section Cappamore Youth Group winning the senior crown with their cover of Andra Day’s I’ll Rise Up.

Destiny Girls on stage at this year’s Youth Factor

One of the loudest cheers of the afternoon was reserved for ‘Destiny Girls’ from LYS’ Diversity & Youth Group (D.A.Y), who won the Senior Dance award with Clonlara Youth Club winning the Junior Dance Category with their contemporary twist on the the 80s classic Footloose- they must have raided their parents wardrobe & old cassette tapes!

This year also featured a special award for Most Entertaining Act with that accolade going to Eoin Fitzgibbon, Rathkeale Youth Space.

Speaking to a packed auditorium, LYS’ Youth Work Manager, Maurice Walsh, paid tribute to the young people for taking to the stage and thanked the volunteers for their support in making the event possible.

Maurice also thanked sponsors, staff at the Millennium Theatre and the youth workers who went above and beyond in making the event such as a success.

A member of Youth Work Ireland, Limerick Youth Service remains committed to supporting and encouraging young people to be active participants in shaping their future.