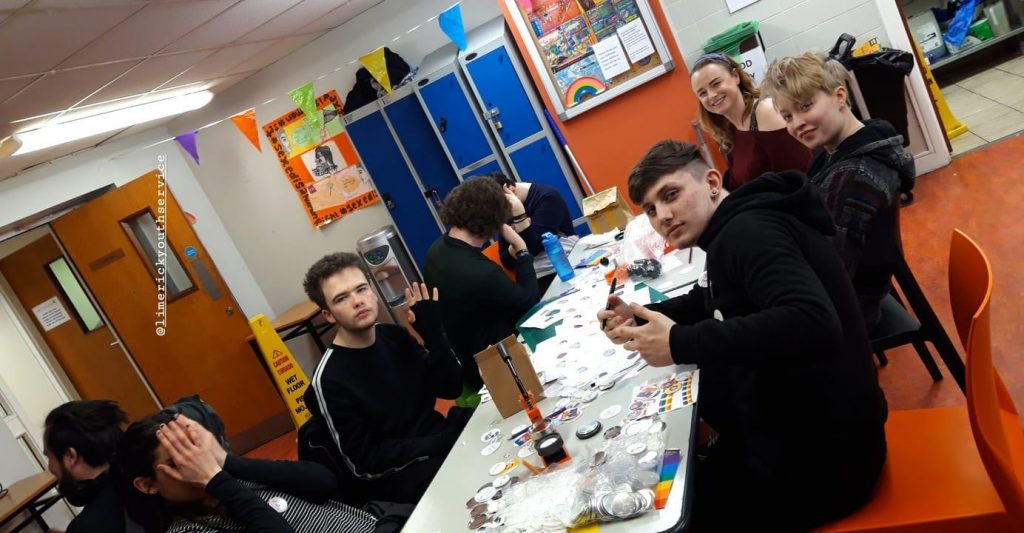 There was a full house at Lava Java last week as the youth café celebrated LGBTI+ culture with an Awareness Week.

Organised by the Lava Javas Youth Committee, the Awareness Week was an opportunity for LGBTI+ young people to share their experiences and speak about issues of relevance to them.

As part of the week’s events, the youth committee at Lava Javas transformed the youth café with posters and banners which set the tone for the festivities. 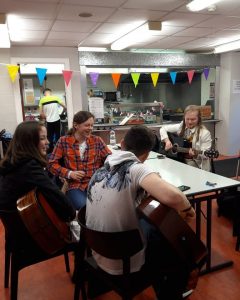 A sing a ling at Lava Javas!

There were a number of creative workshops that the young people had the opportunity to take part in including a ‘Tie Dye’ workshop where they transformed their plain white t-shirts to colourful rainbow t-shirts.

The teenagers also had to opportunity to create badges as they made ‘pronoun pins’ which was part of a workshop on gender and gender identity.

‘The LGBTI+ Awareness Week was a great success and the young people really enjoyed it with one young person confessing that it was the happiest he has ever been in the youth café!’

‘The pronoun workshop focused on gender and is particularly relevant to Transgender young people and those who identify as other than male or female,’ said Shelly Goggin, Limerick Youth Service (LYS).

‘The workshop helped to create discussion among the young people about gender, its different types and what it means to a young person to be described as they chosen gender or pronoun such as he/she/they,’ said Shelly, youth worker with Lava Javas.

Away from the workshops and information sessions there was plenty to keep the young people entertained with games, music and a brand new pool table which proved extremely popular! 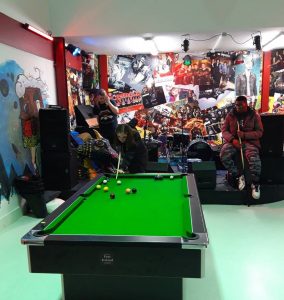 Trying out our new pool table at Lava Javas!

‘The LGBTI+ Awareness Week was a great success and the young people really enjoyed it with one young person confessing that it was the happiest he has ever been in the youth café!’ smiled Shelly who thanked the youth committee organising the event.

‘Lava Javas is an open and inclusive space and with young people from diverse backgrounds we try our best to make them feel as welcome as possible,’ said Shelly adding ‘throughout the year we’ll have other themed events and celebrations so watch this space!’

Lava Javas is one of LYS’ five youth cafés with the other located at Nicholas St Youth Space, the Northside Youth Space and Rathkeale Youth Youth Space.