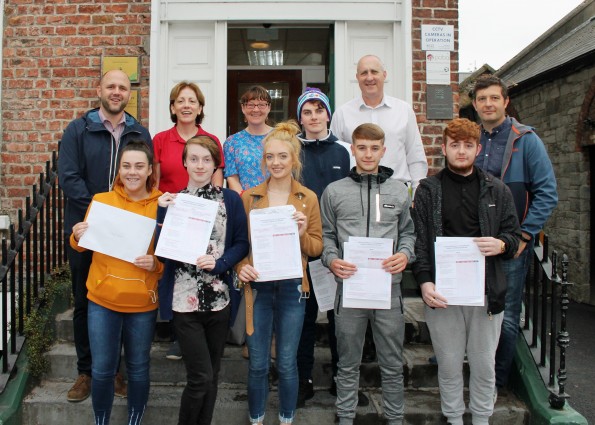 There were joyous and emotional scenes at Limerick Youth Service (LYS) this past week as students received their Leaving Cert Applied (LCA) results.

The students, who have been studying their LCA at LYS’ Community Training Centre, saw their hard work rewarded with excellent results that were among the highest in the country.

Among the young people to receive their results was Chris Cummins (18), Garryowen, one of five students at LYS to receive a Distinction, the highest mark in LCA.

‘I did really well- better than I expected!’ smiled Chris, who studied Maths, Social Education, Spanish and IT in addition to a number of other subjects and extra-curricular modules during his time with LCA.

When asked why he chose to study LCA Chris said ‘my sister did LCA with LYS in 2011 so I knew the course and how good it was.’

‘With LCA the exams aren’t the end all and be all as a lot of it is done through continuous assessment and periods of work experience that better suited me,’ explained Chris.

Prior to joining LCA, Chris was a trainee with LYS’ Catering Course and has been heavily involved in many parts of the youth organisation.

‘I’ve been to Cork, Dublin and Sweden with LYS and also go to Lava Javas Youth Café,’ said Chris who is one of the founding members of the Rainbow Gang, now known LGBT+ Youth Limerick.

His involvement with LYS has certainly had an impact on Chris who would like to be a Youth Mental Health Worker after finishing college.

Chris will take the next step on this journey when he starts an Applied Social Care course at Limerick College of Further Education this September.

The success of Chris and his classmates was acknowledged by LYS’ Noreen Murphy who paid tribute to the Class of 2018.

‘We are very happy with the results and they reflect the commitment and effort that the students put into the programme,’ said Noreen, Leaving Cert Applied Coordinator.

‘They should be very proud of their achievements and we wish them all the best in the next step of their lives,’ said a very proud Noreen.

The Leaving Cert Applied programme meets the needs of students who prefer the practical and continuous assessment approach in contrast to that of the ‘mainstream’ Leaving Cert.

‘It is continually assessed with a strong emphasis on recognising the talents of all students, giving them opportunities through the subjects and modules, develop personal responsibility and self-esteem,’ said Noreen.

‘Like the Leaving Cert, students have to complete final exams in June but they can approach these feeling confidence with at least 2/3 of their work done beforehand,’ Noreen explained. 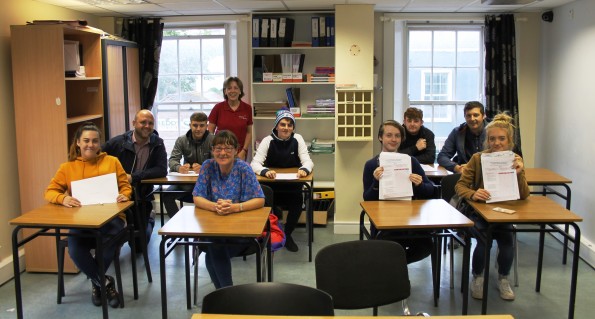 One last lesson for the Class of 2018

All the above will now progress to further education and/or employment and LYS wishes them the very best of luck with their future endeavours.

LYS wishes to thank the Limerick & Clare Education & Training Board for their support in ensuring the continued success of the LCA programme, which is delivered at the Community Training Centre, Lr. Glentworth St, Limerick City.