Limerick to Mexico for the World Cup 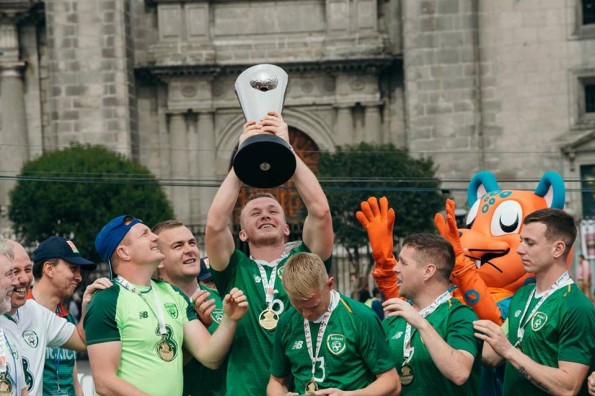 ‘Two years ago I was on the streets homeless and I never thought I would be going to Mexico representing my country, scoring goals for my country.’

The emotional words from Diarmuid O’Connor, a young man from Portlaoise who recently represented the Republic of Ireland at the Homeless World Cup  in Mexico.

Diarmuid’s road to Mexico was a challenging one that included a period of homelessness and time in a treatment centre before playing football with the Irish Street Leagues and studying with Limerick Youth Service (LYS).

‘I was in a bad place. I was a toxic person to be around and was no good to myself or others,’ said Diarmuid as he spoke honestly about his life’s experience.

After a period on the streets Diarmuid checked into the Cuan Mhuire Treatment Centre in Bruree, Co. Limerick, where he was treated for drug addiction and from there his life changed for the better.

‘After leaving treatment I was really motivated to start again and start progressing in life,’ said Diarmuid adding ‘I started linking in with a guidance counsellor and started the course here (LYS),’

The young man from Laois also got involved with the Irish Street Leagues with Focus Ireland where his talent was recognised by the coaching team who asked him for to attend trials in Dublin.

The 16th edition of the Homeless World Cup took place in Mexico City’s iconic Zócalo, right at the heart of the Mexican capital with more than 450 players representing 42 nations.

‘It was the best experience of my life.  Words can’t describe it,’ said Diarmuid when asked about his time in Mexico City.

In what is regarded as one of the most spectacular Homeless World Cups to date, the Irish team won the Tier 3 competition but as Diarmuid says the experience was ‘more than just football.’

‘To be in a place with people from different countries really motivated me and opened my eyes as I was quite confined for the past few years,’ said Diarmuid.

‘People would stop you in the streets to pose for photos and selfies and you really felt like a celeb!’ laughed Diarmuid. 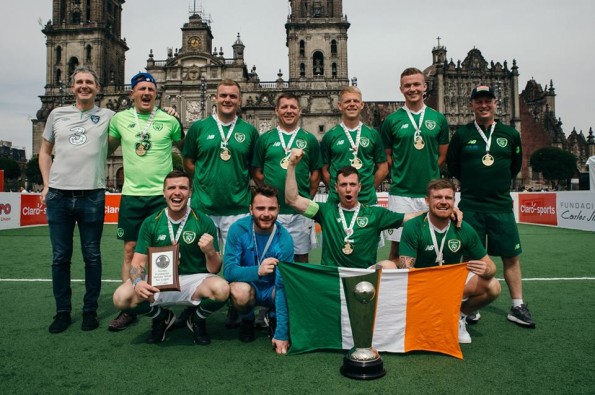 A Future in Finance

Back from the sunshine and excitement of the World Cup, Diarmuid’s attention is turning towards the future and a career in accountancy.

‘I was smart enough in school but got kicked out (of schools) and that was down to drug addiction and been in bad place in my head and life,’ said Diarmuid.

Diarmuid is currently studying a Retail Skills course at LYS’ Community Training Centre and plans to enroll in an Accountancy Technician course at Limerick College of Further Education.

‘After that I’d like to go to UL to study for a Degree in Accountancy though I’ll still stay involved with football as I’d like to give back and help others who find themselves in a bad place,’ said Diarmuid.

LYS would like to congratulate Diarmuid on his success and wish him the inspirational young man the very best in his future.

Supported by the Limerick & Clare Education & Training Board, the Retails Sales course is a QQI accredited programme that is delivered at LYS’ Community Training Centre.

A member of Youth Work Ireland, LYS is the largest youth organisation in Ireland and remains committed to connecting with young people and supporting them to reach their full potential.