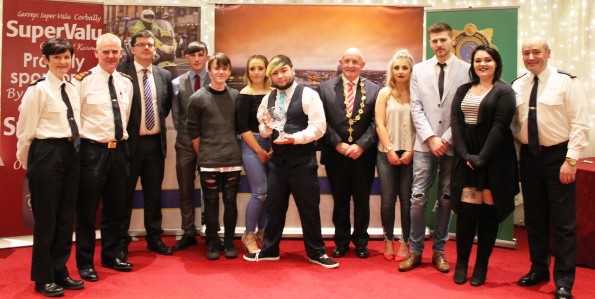 The awards are designed to acknowledge the volunteering activities of young people and those that have faced and overcome challenges in their lives.

An Garda Síochána recognise that a lot of good work is being done by young people in every community in Limerick and awards will be considered for nominated young people who by their presence, activity and contribution make their communities a better place to live in.

In all there will be eight award winners this year with at least one winner from each of the four districts within the Limerick Garda division.

Every person nominated will receive a certificate of nomination while the overall winners will be presented with their awards at a gala dinner in the Woodlands House Hotel on Thursday 29th November 2018.

This year there is an added dimension to the awards in that the first National Garda Youth Awards will take place next April 2019 in the Garda College, Templemore. Co Tipperary.

Young people from 13-21yrs living within the Limerick Garda Division can be nominated by members of the public, families, friends, schools or youth organisations.

Nomination forms with rules of the award scheme can be obtained from Limerick Youth Service or any Garda Station in Limerick with the closing date Friday, October 26th 2018