Dr. Loïc Guyon, the Honorary Consul of France, praised the work of the Garryowen community, including the Garryowen Youth Committee, as he viewed the restoration work at the Patrick Sarsfield Monument recently.

Located at Cathedral Place, the Patrick Sarsfield Monument, was erected in the late 19th century to honour General Patrick Sarsfield, Earl of Lucan and the Flight of the Wild Geese.  The latter is the term given to the Irish soldiers on the Jacobite Army who went to France after the signing of the Treaty of Limerick in 1691. 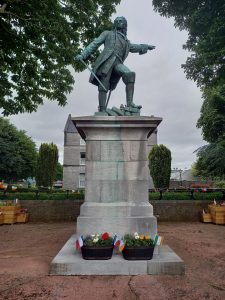 The monument, erected in 1881, had become dilapidated in recent times, was hidden from view and overgrown with weeds.  However, thanks to the trojan and creative work of the community, it has been transformed, much to the delight of Dr. Guyon.

‘It’s fantastic to see it (Patrick Sarsfield Monument) restored like this, it looks like it’s just been put there!’ said Dr. Guyon, who is also Head of the French Dept at Mary Immaculate College.

‘It’s a monument to be proud of it especially now that we are in the search for the remains of Patrick Sarsfield… it really makes sense to value this heritage,’ added Dr. Guyon.

Dr. Guyon was very impressed with the role to the Garryowen Youth Committee who made flower planters for the site and helped in the clean-up of the area and in their interest in the restoration project.

‘One of the aims of the Limerick Bastille Day Wild Geese Festival is to entertain and teach the communities, including the younger generations about their local history and the connections between Limerick and France,’ said Dr. Guyon.

‘There are many cultural and historical links between the two countries, with Patrick Sarsfield and the Wild Geese, one that’s part of Franco-Limerick history,’ said Dr. Guyon. 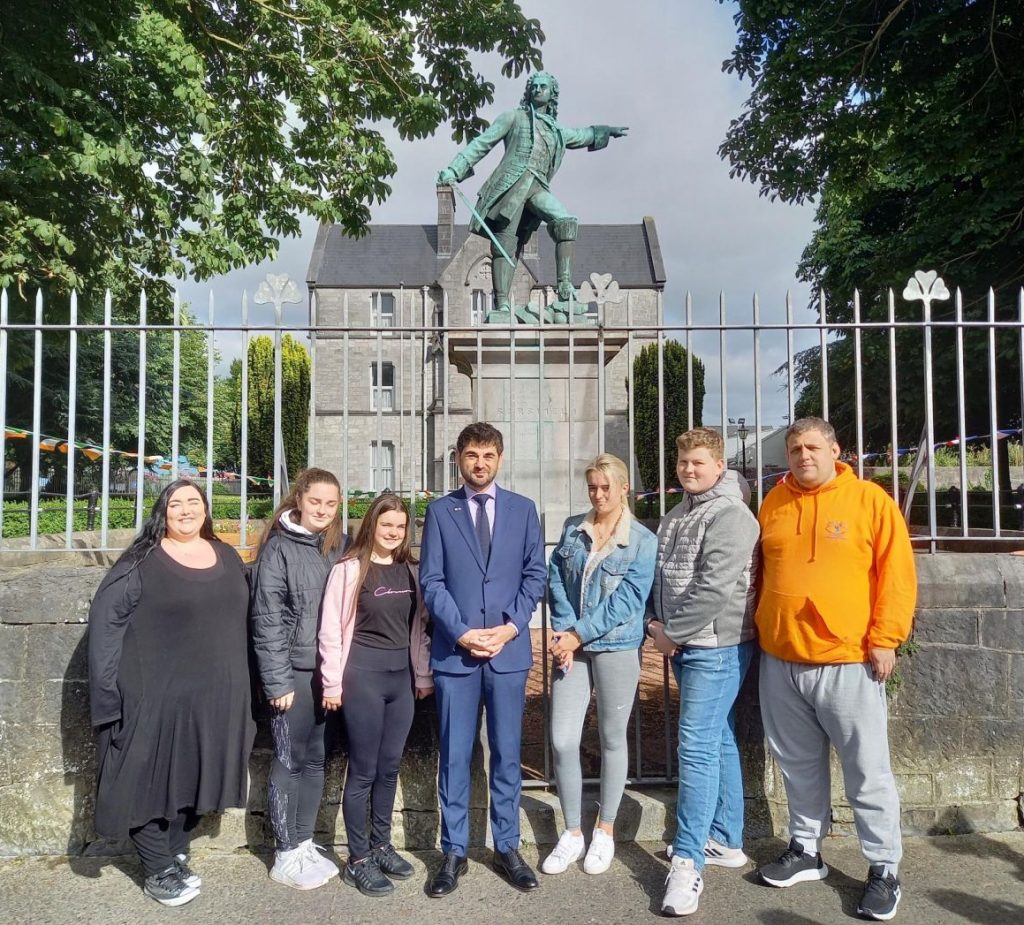 Young people with the Garryowen Youth Committee were a key part of the restoration project with Rebecca O’Connell stressing its importance to the local community.

‘It (the monument) is right there but people go by and don’t really notice it, but now it’s more visible and will catch people’s attention and make them stop and look at it,’ said Rebecca, Garryowen Youth Committee member.

‘It would be nice to make it a bit brighter some lights and information about Patrick Sarsfield that people could read,’ said Rebecca who thanked the local community and businesses for their support with the project. 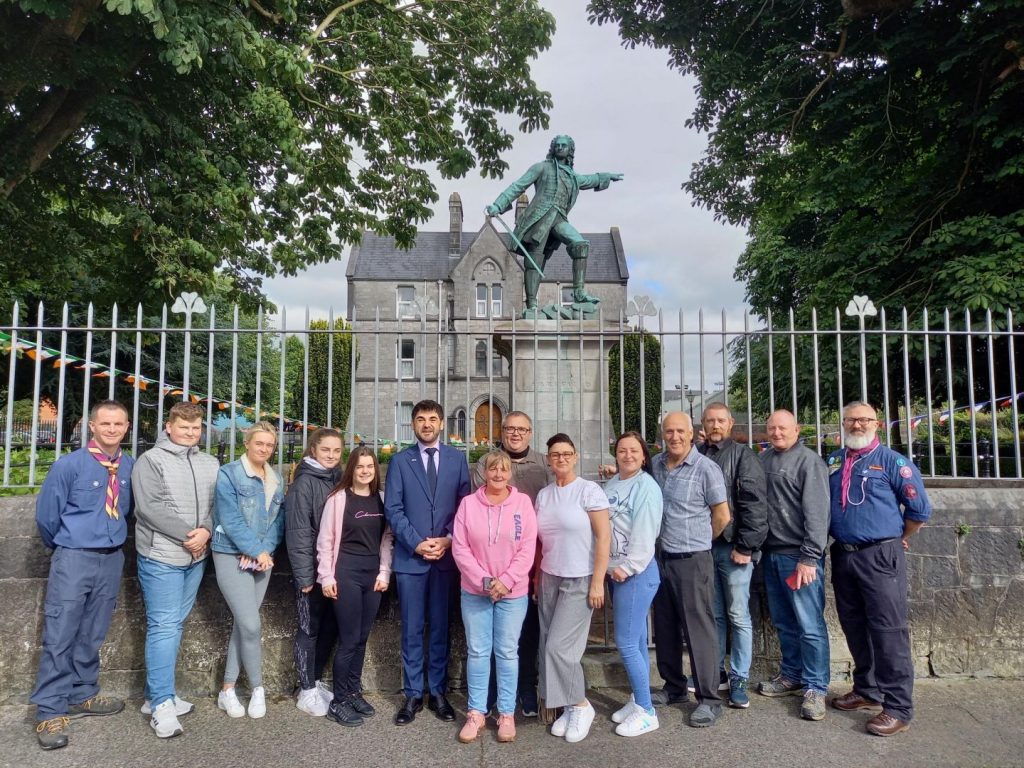 Limerick Youth Service would like to echo Rebecca’s words and thank the Garryowen Community Development Project, the Garryowen Residents Association, St. John’s Scout, The Gathering, Moose Bar, Limerick Wild Geese Festival and Dr. Loïc Guyon for their support with a special word of praise reserved for the Garryowen Youth Committee.

Established in late 2021, the Garryowen Youth Committee is a partnership with the Irishtown hub of LYS Youth Diversion Project and Garryowen Community Development Project.

The Garryowen Community Development Project empowers local people, to be actively involved in meeting the needs of their community.