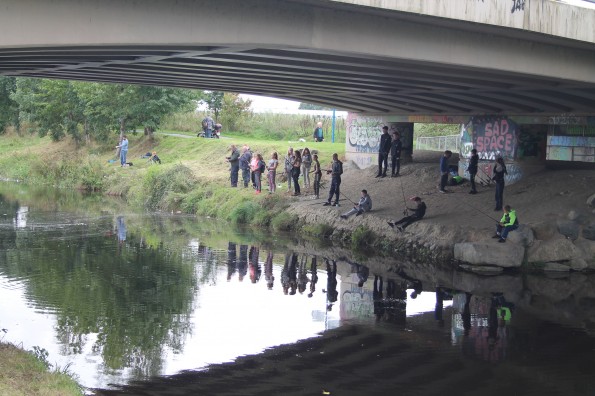 In search of trout instead of trolls under the bridge!

The young people, who are members of D’Islanders Youth Group, decided to hold the event after spending the past year engaging with and learning about their local community, King’s Island. 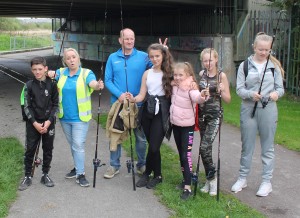 ‘Many young people have seen people fishing on the Shannon or heard tales from their parents and grandparents about hours spent fishing up the bank,’ said Gillian Boland, LYS.

With their curiosity reignited, the young people were eager to learn more about this ancient art and thus spent their summer days learning to fish on the Abbey River and beyond.

Buoyed with enthusiasm the D’Islanders were keen to share their experience with their peers decided to organise a fishing event.

After successfully applying for a grant from the Limerick & Clare Education & Training Board, the big day finally arrived and mobile phones were replaced with fishing rods!

‘It was a great day and at one point we had fifty young people with rods in hand in search of an elusive trout!’ smiled youth worker Gillian.

‘The event has proved so popular that teenagers have been knocking on the door at Nicholas St (youth space) asking to borrow some fishing rods!’ added Gillian. 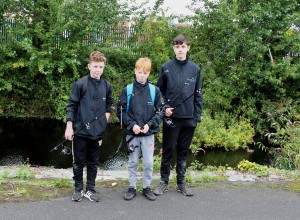 Members of Castleconnell Youth Project at the Canal Bank

Gillian thanked the young people, staff and volunteers who took part in the event and is already looking forward to next year. 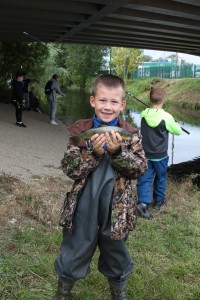 Josh O’Leary, King’s Island with the first catch of the day.

A member of Youth Work Ireland, LYS remains committed to connecting with and supporting young people to reach their full potential.